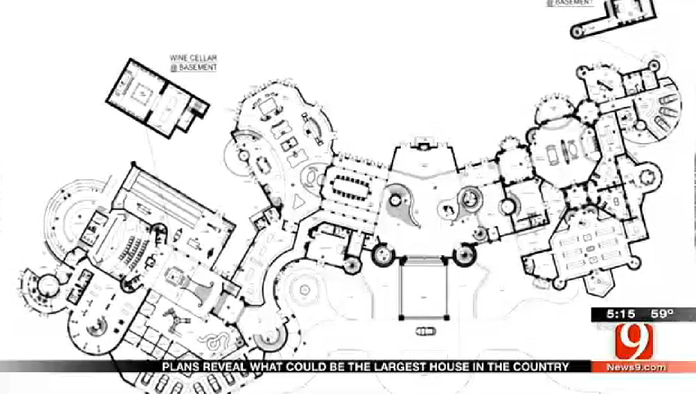 This proposed mega mansion was supposed to be built in Edmond, Oklahoma (on the northwest corner of Sorghum Mill Road and Westminster Road). The Castle-like home was the dream of businessman David Frayer, the owner of the Key Auto Group. Original plans called for a size of 75,000 square feet, bu the finalized plans came out to a whopping 92,650 square feet of living space. The proposed home was featured in the news back in 2014, but unfortunately it was never built.