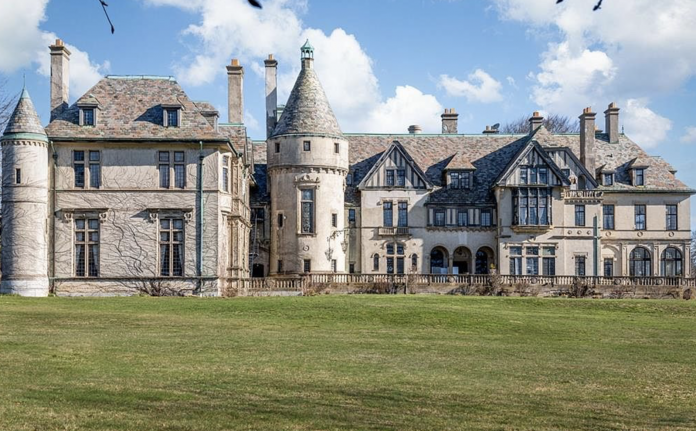 This historic mansion, dubbed “Seaview Terrace” (also known as the Carey Mansion), is located at 197-207 Ruggles Avenue in Newport, Rhode Island and is situated on over 7 acres of land. It is the fifth largest estate in Newport and the largest that remains privately owned. It was built in 1907 for Edson Bradley, who was the president of Kentucky whiskey distiller W.A. Gaines and Company of Frankfort, Kentucky.

It was originally located in Dupont Circle in Washington, D.C. The home covered more than half a city block, and included a chapel with seating for 150, a large ballroom, an art gallery, and a 500-seat theatre. In 1923, Bradley began disassembling his Washington, D.C. mansion and relocating it to Newport. “Sea View”, the Elizabethan-Revival mansion already on the site, was incorporated into the design, and lent its name to the new chateau. Rooms that had been imported intact from France and installed in Washington, D.C. twenty years earlier were moved again and reassembled in Newport, and the new building was constructed around them.  The home features approximately 43,772 square feet of living space with 29 bedrooms & 19 bathrooms. 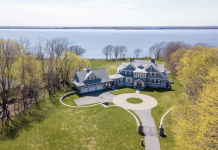 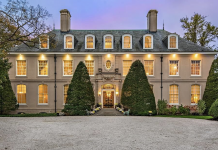 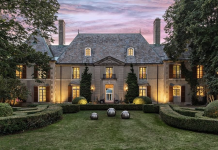