Tyler Perry is currently building a massive new 30,000+ square foot home on over 1,000 acres in Douglasville, Georgia. As most of you already know, Tyler built another 30,000+ square foot home in Georgia back in 2007. That home, located in Atlanta, was situated on land he purchased for $9 million. He wound up selling it for $17.5 million back in 2016. The buyer recently sold it to comedian Steve Harvey for $15 million. The new home looks to be just as grand as his former Georgia home. Tyler also owns a massive home in Beverly Hills, California that Prince Harry & Meghan Markle are currently living in. 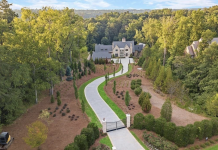 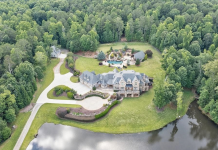 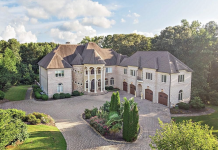