La Follia, the only ocean-to-lake estate in Palm Beach, Florida, is reportedly under contract for between $110 million and $120 million. It was first listed last year for $135 million. The property, located at 1295 South Ocean Boulevard, was built and owned by heiress and Broadway producer Terry Allen Kramer (who passed away last month). She paid $4 million for the property in 1993 and built the home in 1995. It features approximately 37,516 square feet of living space with 13 bedrooms and 18 bathrooms. 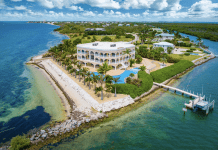 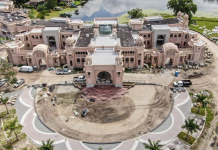 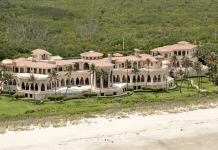