An incredible villa in France has just set the record for the most expensive home currently for sale in the world. Dubbed “Villa Les Cèdres”, the 187-year-old mansion is situated along the coast of Saint-Jean-Cap-Ferrat. It is owned by Italian distiller Davide Campari-Milano SpA.

From Businessweek.com – Les Cèdres was built in 1830 and bought in 1850 by the mayor of Villefranche-sur-Mer, when it operated as an olive tree farm. (There are olive trees more than 300 years old on the grounds.) The mayor’s descendants sold the property to the Belgian King Leopold II in 1904, who, made stupendously rich by his exploitation of mineral resources and rubber trees in the Congo Free State (now the Democratic Republic of Congo), expanded the gardens that still surround the home.

*Thanks to Christopher Lawrence & John Rogers for the tip 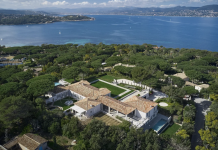 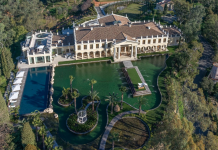 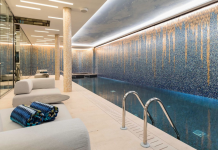 Homes of the Rich is the #1 luxury real estate blog on the web. We post all the latest million dollar homes & mansions to hit the market from all over the world. Since 2008 over 20 million "mansion obsessed" people have visited the site
Contact us: contact@homesoftherich.net
© 2021 Homes of the Rich - All Rights Reserved
176
SHARES
FacebookTwitterPinterestReddit