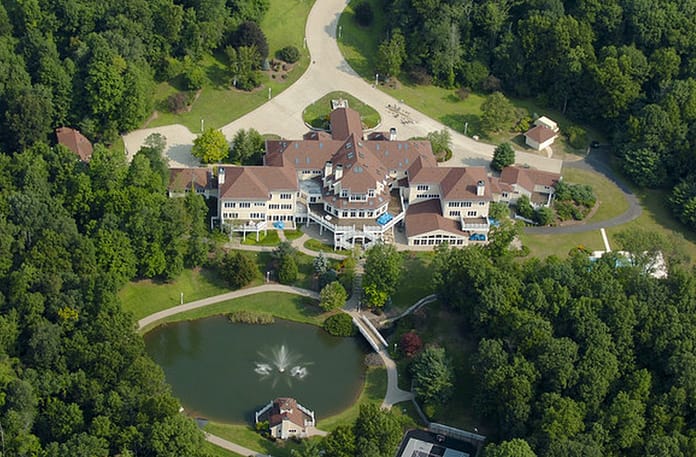 Rapper turned Actor/Mogul 50 Cent (real name Curtis Jackson) has re-listed his Connecticut mega estate for $5.995 million. It was reportedly sold last year to a company that was going to turn it into an assisted living facility. However, it looks the same as when it was last listed so we’re guessing that 50 still owns it.

50 bought the home from boxer Mike Tyson for $4.1 million and spent $6 million renovating it. He thine put it on the market in 2007 for $18.5 million. It has been on and off the market ever since then.

Located at 51 Poplar Hill Drive in Farmington, the home was built in 1985 and is situated on 17 acres of land.