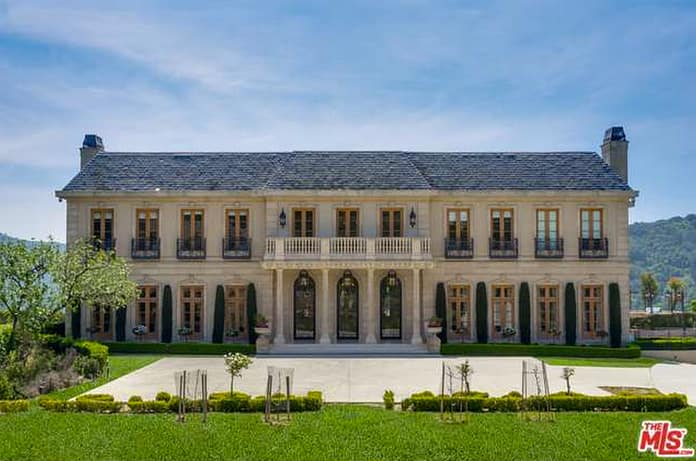 This French Chateau style mansion, known as the “Hutton House Estate”, is located at 2571 Wallingford Drive in Beverly Hills, CA and is situated on 5.2 acres of land. It was built in 2000 and was modeled after Le Petit Trianon at Versailles.