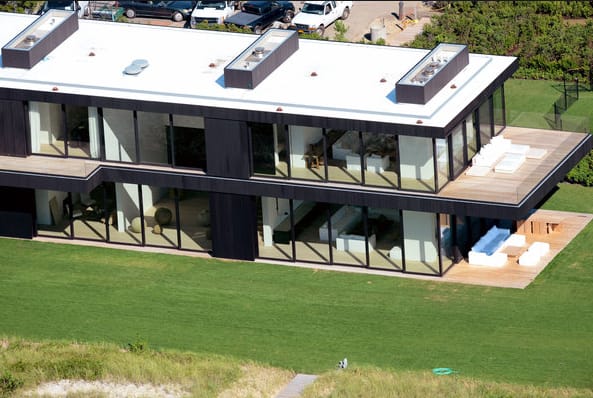 Fashion designer Calvin Klein’s Hamptons estate is almost finished, folks! Located on Meadow Lane in Southampton, NY, the contemporary home is situated on a plot of land that used to be owned by Henry Francis du Pont. Mr. Klein purchased the land back in 2003 which boasted a massive 50,000 square foot castle-like mega mansion on it. He then bulldozed that home in 2009 to make way for this one. According to a few sources, the project cost Calvin a whopping $75 million including the land. The minimalistic home features sliding glass doors in every room to take advantage of the ocean views. There is also an infinity edge swimming pool, a separate building that is to be turned into a home theater and a separate guest wing that connects to the house via an underground passageway through a basement garage.