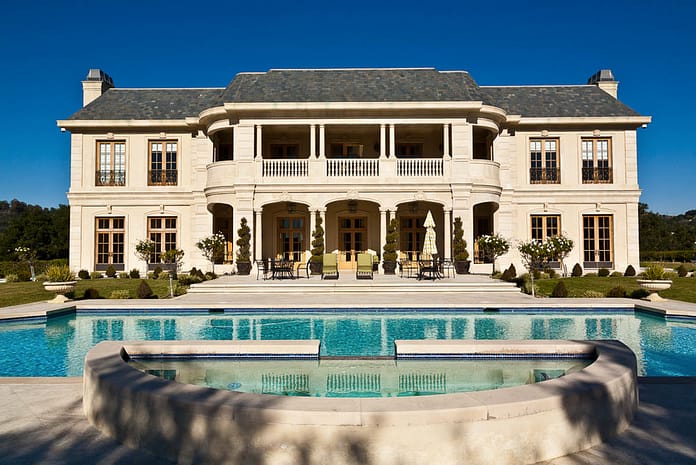 While browsing the web we found some professional pictures of The Hutton House Estate located at 2571 Wallingford Drive in Beverly Hills, CA. We first blogged about the home back in 2011. It was built in 2000 and is situated on 5.2 acres of land. It was modeled after Le Petit Trianon at Versailles and boasts over 22,000 square feet of living space with 7 bedrooms and 15 bathrooms. According to the Real Estalker, the house is owned by a Korean woman whose money comes from hospitals or commercial real estate. The unfinished property was purchased at auction back in January of 2007 for just under $17,000,000, then finished by the new owners and flipped back on the market with a $32,000,000 price increase in February of 2009. Then it was taken off the market and reappeared in 2011 with an asking price of $45,000,000.