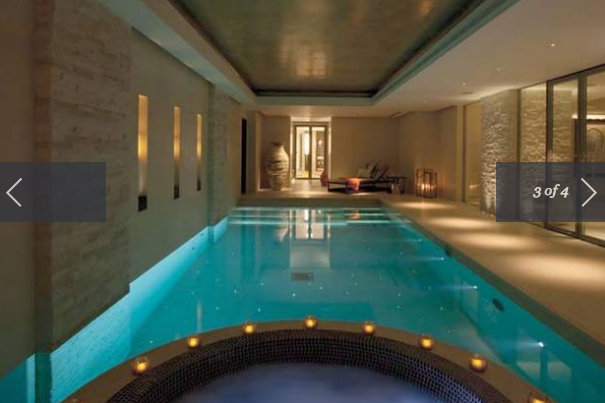 St Saviours is a church that was converted into an opulent mansion.It was originally designed by Belgrave Square architect George Basevi in 1838. The Diocese of London sold most of St Saviours a while back for about £1 million. After that, only a smal section of the church was still used for worship. The rest was bought by developers who turned it into a 4-story home that was owned for six years by Les Misérables and Miss Saigon writer Alain Boublil. He sold it for £13.5 million in 2009 to a Thai businessman who commissioned a second makeover costing an estimated £10 million and lasting almost three years.

*Thanks to HOTR reader Jeff Lee for the tip!

Homes of the Rich is the #1 luxury real estate blog on the web. We post all the latest million dollar homes & mansions to hit the market from all over the world. Since 2008 over 20 million "mansion obsessed" people have visited the site
Contact us: contact@homesoftherich.net
© 2021 Homes of the Rich - All Rights Reserved
8
SHARES
FacebookTwitterPinterestReddit