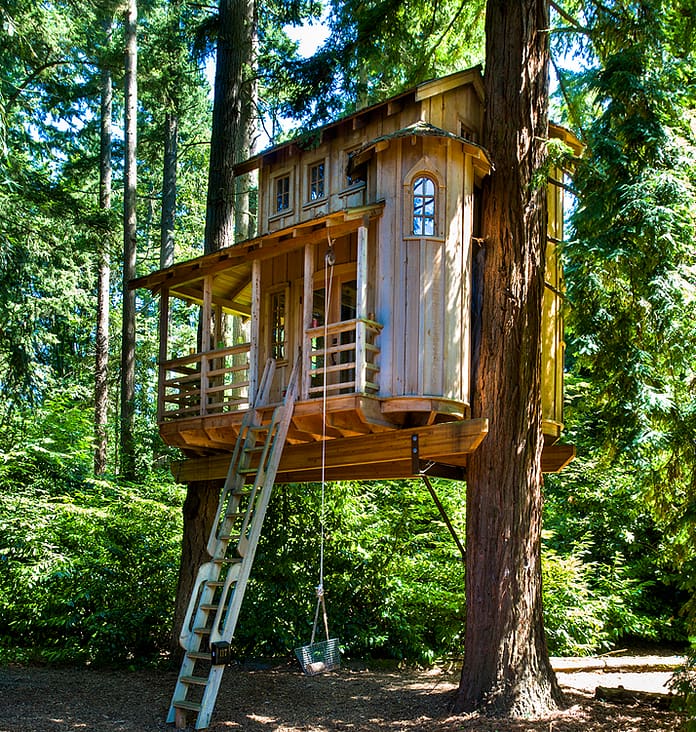 This historic 1927 built mansion is located at 160 NW Highland Drive in Seattle, WA and is situated on close to 5 acres. It was designed by architect Edwin Ivey and built for the Paul Henry family, who were heirs to the local railroad fortune. It was later bought by Captain Peabody after he sold his many Blackball Ferry lines to Washington State to become the Washington State Ferry System. Captain Peabody’s daughter Patty married Elliott Roosevelt, the son of President Franklin D. Roosevelt. It boasts 12,580 square feet of living space with 6 bedrooms and 8 bathrooms. The landscaped grounds feature numerous gardens, an aviary and a children’s treehouse. It is listed at $6,500,000.

*Thanks to HOTR reader Christopher Lawrence for the tip