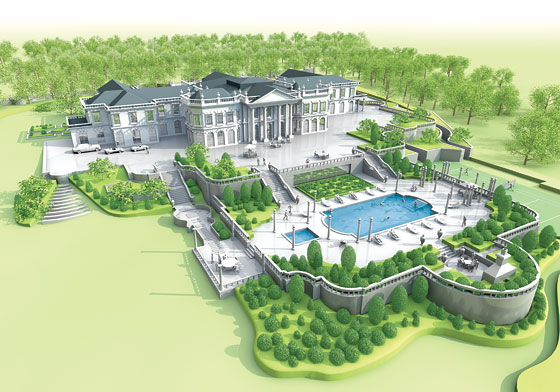 Back in 2008, Russian millionaire Valery Kogan and his wife Olga submitted plans to build a whopping 39,000 square foot mega mansion at 18 Simmons Lane in Greenwich, CT. They wanted to demolish the exisiting 19,000 square foot mansion and put up the proposed monstrosity. It was to include eight bedrooms, 26 bathrooms, a gym, theater, lockers, wine cellar, staff quarters, game rooms, a Turkish bath, a Finnish bath and a special room in the basement for grooming dogs. If the plans were put into effect, the house would have had 625,000 cubic feet, making it by far the largest mansion in Greenwich. However, the board denied their plans.

In February 2010, the commission approved a prior plan to renovate the home with its current foundation. But the latest application says a new foundation is needed because the existing one isn’t adequate for the new structure.

The application is the latest in a series of proposals stretching back more than three years to build a supersized mansion at the address. The Kogans won approval in March 2009 to tear down the home and build a new 21,127-square-foot residence with 15 bathrooms after scaling down their original request to build the 39,000 square foot monstrosity.

But the Kogans abandoned efforts to tear down the home in May 2009, citing neighborhood opposition.

So, Valery and Olga are back again and have scaled down their proposed mansion plans even more. They recently resubmitted their newly revised plans to the board. The new (and smaller) mansion will boast just 17,429 square feet of living space (less than the existing house).

CLICK HERE FOR AN ARTICLE ON THE NEW PROPOSED MANSION

CLICK HERE FOR AN ARTICLE ON THE OLD PROPOSED MANSION 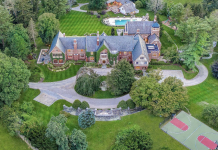 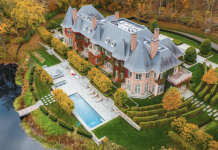 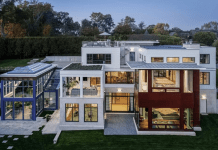