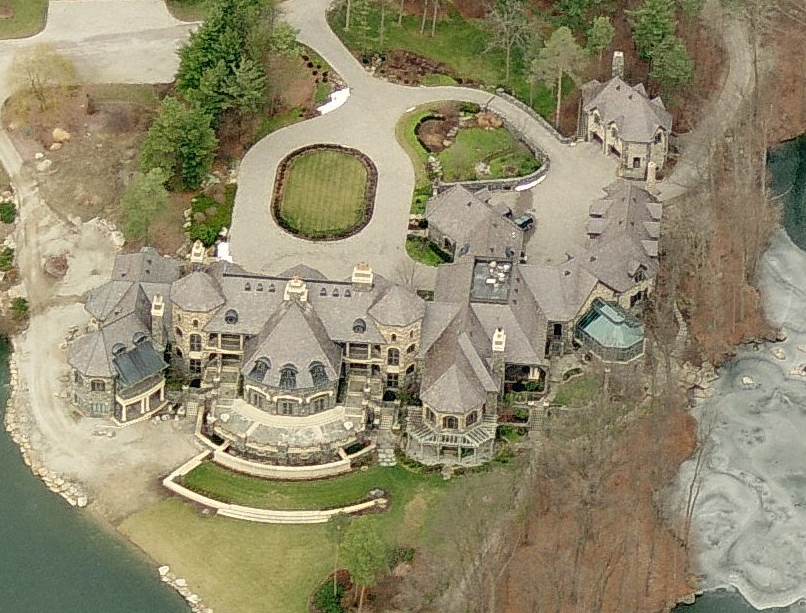 Over 3 years ago we did a post on this massive mega mansion located at 5501 W Hamilton Road S in Fort Wayne, IN. The estate is owned by Richard Freeland, who has been the President and CEO of Pizza Hut of Fort Wayne, Inc and six affiliated companies that own and operate more than 40 Pizza Hut franchisedrestaurants in Indiana and Ohio. It is supposedly over 30,000 square feet in size and cost $35,000,000 to build.

It was designed by Charlan Brock & Associates.

There are three houses on the farm. The lake was man made and it took about a year to finish. About at that time my new house which is directly next to the barn was being built along with the barn that was in the place of my old house. The “big house” what we called the mansion you are talking about was being started roughly the same time. The big house was near 48,000 sq feet and it took around 15 years to complete.

The house does not have a presidential suite although Dick is good freinds with the Bushes and they have visited a number of times. The house does sort of have a jungle section with a bunch of tropical plants, we called this room the green room. They kept their birds in this room and some fish in the bottom of a fountain. The house does not have a helicopter pad on top. It does have a lot of rooms along with a library. The house has 4 story’s 5 if you count the attic which is like a bunch of long hallways leading to other parts of the home. It also has 2 old style elavators with the sliding cages that you would see in a old hotel. The house also has a large wine room and a large walk in freezer.

The pond is stocked with bluegill catfish bass and walleye. The barn has I think 10 stalls along with what we called ” the tack room” which is pretty much like a really nice living room and small kitchen. Above it is a bedroom with one bunkbed and one regular bed and a bathroom. Also, the house is known to everybody else in Fort Wayne as the pizza hut mansion not castle. 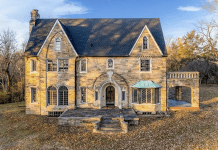 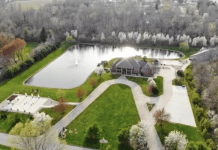 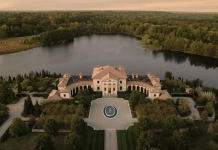