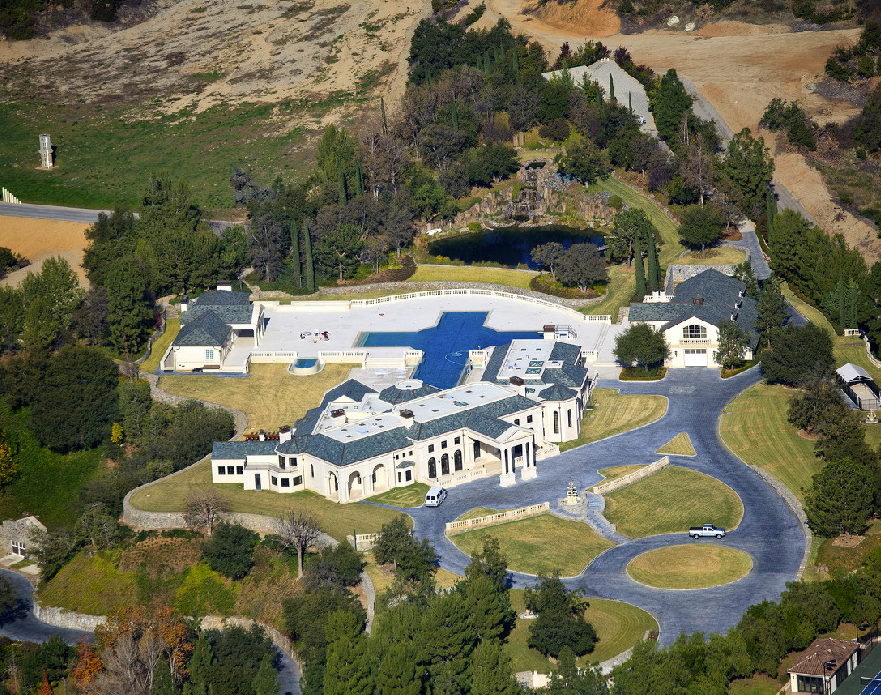 #2 – Picture #2 – This 100,000 square foot mega estate is still under construction. It is being built in the hills of Silverleaf in Scottsdale, AZ. It will resemble both a Mediterranean castle and Italian hillside village.

A tip I just got from a HOTR reader –

Construction is not halted. I’ve personally been to the site, the company I work for is a supplier of materials for certain construction trades. The job is under construction now and is actually expanding in scope. The view is incredible. From what I hear, the house wouldnt have been constructed if a behind-the-scenes agreement on a settlement of the verizon case hadnt been reached in principal – this should be announced publicly within the year. Rumor is that the construction process had originally been halted due to negotiations slowing down between JAWA and Verizon on a settlement, but that once an agreement was in place (again, behind the scenes), the house project was fired-up again. All financials on the project are secure and proceeding as planned. all this is heresay at this point but the reality is that this thing is being built as we speak.

#3 – Pictures #3,4 – Donald G. Abbey, the owner of the recently listed $78.8 million mega mansion in Bradbury, CA is also the owner of The Shelter Island Estate, a $78 million property on its own island in Montana (once listed at $105 million!) . Wow, somebody with not one, but TWO $78 million+ properties on the market!