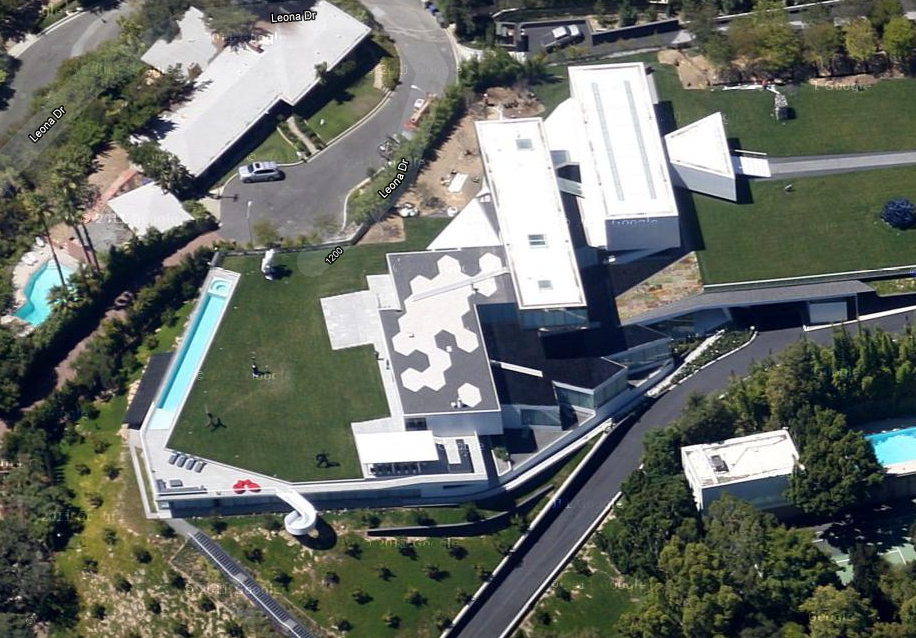 This is the newly built mega mansion of Michael Ovitz. Michael is an American talent agent who co-founded Creative Artists Agency (CAA) in 1975 and served as its chairman until 1995. Ovitz later served as President of the Walt Disney Company from October 1995 to January 1997.

The contemporary residence is located at 1269 Leona Drive in Beverly Hills, CA and is supposedly 30,000 square feet in size.

Ovitz’s mansion on Leona, which will be owned in the name of Ovitz’s North Enterprises Trust, will be built on the following four parcels of land at 1269 Leona Drive: 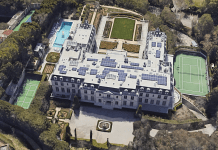 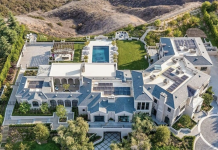 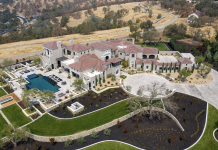