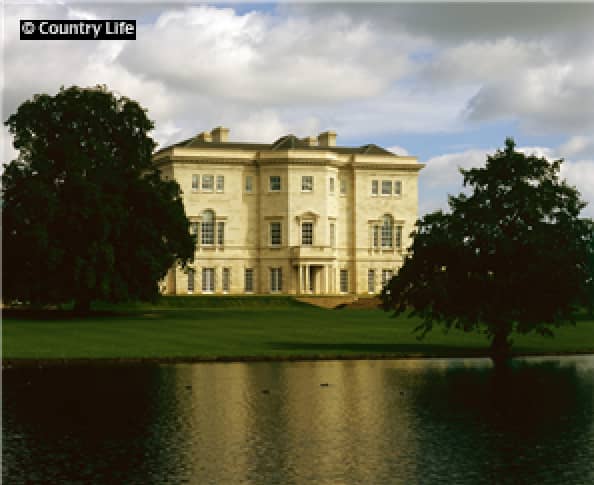 Tusmore Park is located in Oxfordshire, England and was established as far back as 1385. The original house was replaced by a very grand classical building in the late 1770s. This was replaced in 1964 by a smaller, less grand construction. However, in the late 1990s the estate was bought by wealthy businessman Wafic Said, benefactor of the Oxford Said Business School. He held a design competition for another replacement of the house at Tusmore, and this was constructed in 2000, once again in the classical style and grandeur at a reputed cost of some £30 million. The new Tunsmore Park, designed by Sir William Whitfield, was a fitting replacement and almost of equal size to the previous Tusmore. The portico provides a dramatic entrance and is dominated by six monumental Ionic columns. In recognition of the quality of the new house Tusmore Park was awarded the prize for the “best modern house in the classical tradition” at the 2004 awards of the Georgian Group.

* Thanks to reader Christopher Lawrence for the tip!