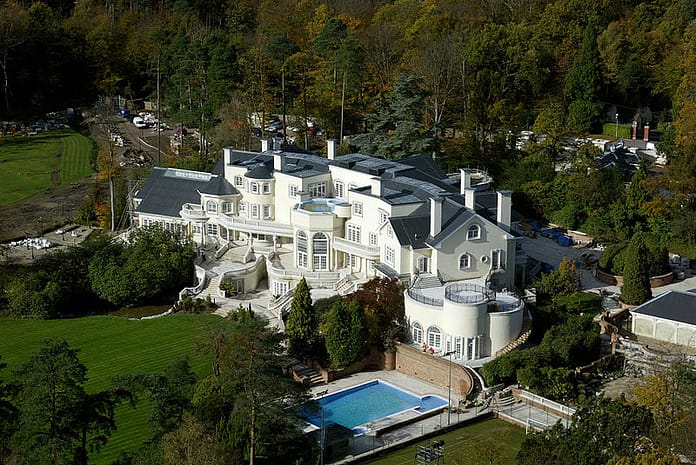 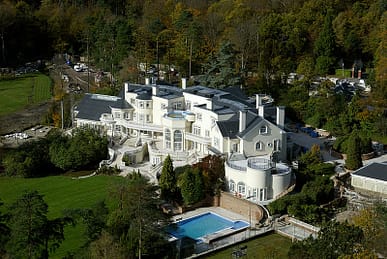 At last, the much talked about Updown Court estate has finally sold after a long and painful 6 years of being on the market. An Indian businessman who is active in the UK purchased it for a reported €40 million or $55 million. It was last on the market for $65 million with Ireland’s National Asset Management Agency after they seized the property in July after its owners were unable to make good on an $80 million mortgage. Before that, it was listed at a much higher $123.12 million and was initially listed back in 2005 with an even higher $143.5 million asking price. If you don’t already know, the 50,000 square foot mega estate is located in the Surrey village of Windlesham in the United Kingdom, which is about an hour away from London. It is situated on 58 acres of land and has a $6 million marble heated driveway and a total of 103 rooms which include 24 bedrooms each with their own marble bathroom, two lane bowling alley, five swimming pools, squash court, tennis court, wine cellar, 50 seat home theater and it’s own panic room.