MTV has a new show out called “Extreme Cribs”. It introduces you to people who have taken unconventional living to a whole new level. On this episode, we are given a tour of the “Copper Palace”, a futuristic house owned by Barbi Benton (former playmate) and her developer husband George Gradow. It is located on Starwood Drive in Aspen, CO. Comprising five copper pods connected by stairways, the 25,000-square-foot building is cantilevered in sections to provide views from all areas of the house. Each pod has its own function: The living and entertaining pod, for example, has both a disco and a ballroom. Other features include a gym, a theater and two heated lap pools. The house, which is set on 40 acres in, was designed by architect Bart Prince. They put the home on the market back in 2001 with a price tag of $25,000,000. 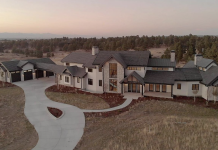 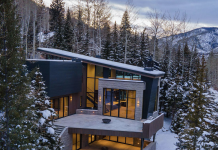 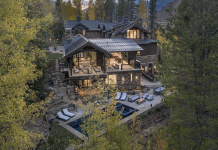 Homes of the Rich is the #1 luxury real estate blog on the web. We post all the latest million dollar homes & mansions to hit the market from all over the world. Since 2008 over 20 million "mansion obsessed" people have visited the site
Contact us: contact@homesoftherich.net
© 2021 Homes of the Rich - All Rights Reserved
20
SHARES
FacebookTwitterPinterestReddit