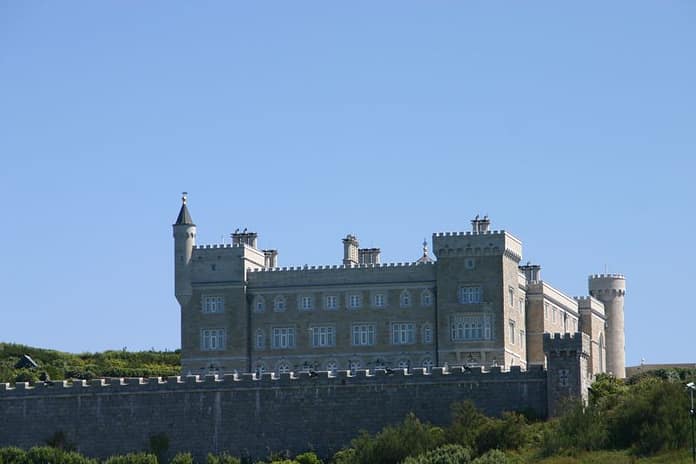 This grand castle, dubbed Fort Brecqhou, is located on Sark Island, which is a small island in the Channel Islands in southwestern English Channel, off the French coast of Normandy. It is owned by David and Frederick Barclay, the reclusive British billionaires. The identical twin brothers have very substantial business interests primarily in media, retail and property. The Sunday Times Rich List of 2007 estimated their wealth at £1.8 billion.

The brothers guard their privacy to such an extent that they even erected a grand Gothic-style castle, complete with 100-foot-high granite walls, spires, towers, gilded turrets, battlements, a moat and a helipad. No expense was spared. According to a builder on the project, the banqueting room is 80 meters long and has a gold-leaf ceiling; the library ceiling is hand-painted, inspired by the Sistine Chapel. The honey-colored, cliff-top fortress (Fort Brecqhou) was finished in 1996 after some 90,000 tons of materials were carried to Brecqhou by boat. At a cost of between £30-60 million, it is the largest one built in the 20th century.

* Thanks to HOTR Tom for the tip!