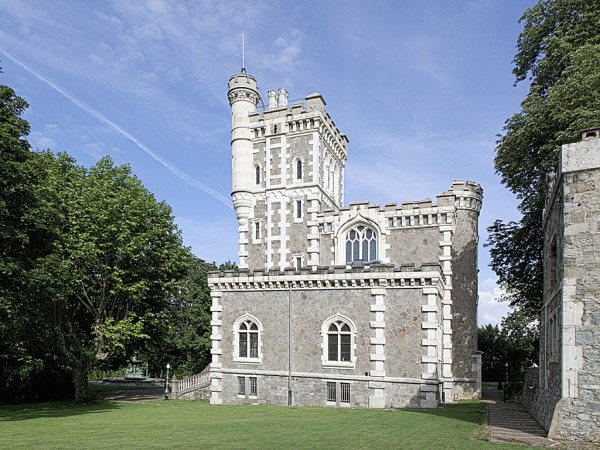 Chateau El Masr is an exquisite Neo-Tudor style mansion located in Cologny, a municipality in the Canton of Geneva, Switzerland. It boasts 6 bedrooms and 7 bathrooms. The price is available upon request.

HERE ARE THE LISTING DETAILS:

Since the 18th century, Cologny has been home to some beautiful country houses. As one of the eight towns juxtaposing the city of Geneva, Cologny is the least populated town and thus emphasises its village character that is mainly residential.

Towards the end of the 18th century, Jean-Paul Demierre purchased a property belonging to the Geneva cooper. It was his son, Ami Demierre, who built the tower at the entrance to the property, now covered with ivy. This tower is identical to the Champel Tower, since Ami Demierre used the materials left over from building the latter.

When the property was bought at the end of the 19th century by Scotsman Charles Floods, who had just returned from Egypt where he made his fortune, he kept this tower and had the architects, Bourrit and Simmler build a half Gothic, half Oriental style chateau in 1883-1884, which he named El Masr, meaning “the Egyptian”.

Since then the current owner spent five years renovating this building. From the columns to the roof, everything has been renovated with great care, respecting each detail in order to perfectly maintain the Neo-Elizabethan style, which was very fashionable in Great Britain at the time of the initial construction of the Chateau. The chandeliers were created especially in Murano for the Chateau, and the marble fountains and statues that decorate the outside of the Chateau were imported from Venice in order to maintain the harmony of this trend.

The Chateau El Masr is the only example in Geneva of Neo-Tudor style. It is comprised of a terrace donjon, a turret staircase with an incredible view over Calvin’s City and the Lake Geneva water fountain. It also has crenels, machicolations and a seigniorial chapel. 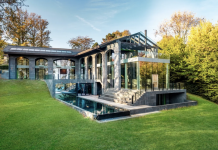