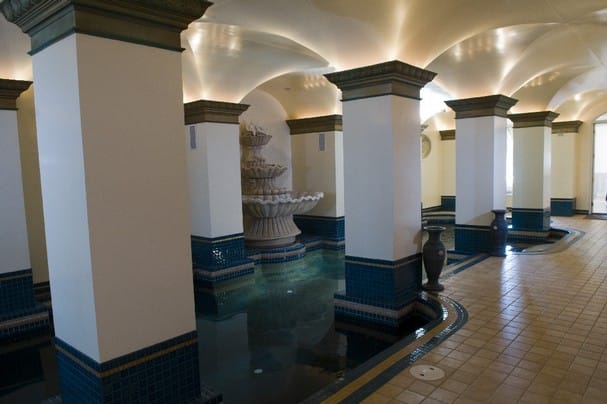 The last time we discussed this home, which is dubbed Villa Collina, it was supposedly going on the auction block. Well, a deal had been struck with oil man Scott Boruff before the auction took place. Scott is the president and CEO of Huntsville, TN based oil-and-gas company Miller Energy Resources. He purchased the 36,720 square foot estate for $8.5 million. He reportedly shelled out another $1 million for the home’s furnishings and other contents. The lavish estate is located at 5628 Lyons View Pike in Knoxville, TN and boasts 8 bedrooms, 11 bathrooms, indoor and outdoor swimming pools and much much more. It was listed last year at $21 million then reduced to $19 million and later reduced to its final listing price of $12.5 million. So, I’d say Scott got a pretty good deal.