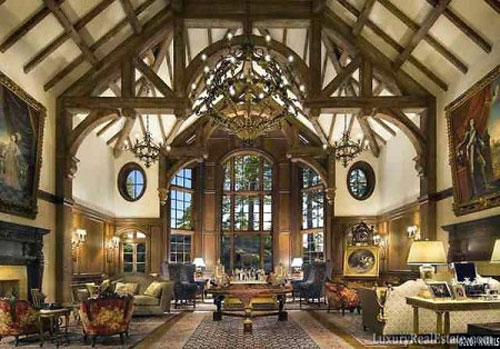 Tommy Hilfiger co-founder Joel Horowitz built his Tahoe retreat in 2000 and filled it with every delight known to mortals: two par-3 golf holes, a 3,200-bottle wine cellar, an art studio with ceramics kiln, an indoor swimming pool, a horse stable, a boathouse, a 16-car garage, and an NBA-regulation basketball court. Plus, there’s a staircase reclaimed from the Titanic, flooring reclaimed from a 17th-century French chateau, flooring reclaimed from the New York Public Library, and a bronze door once owned by newspaper titan William Randolph Hearst. Well, turns out all that reclaiming does not a property sell. Tranquility, as this funhouse is called, has been languishing on the market for a few years now—we thinketh perhaps the $100M price tag had a little something to do with its failure to sell. Today the Wall Street Journal reports that the massive 20,000-square-foot estate has been price-chopped to $75M. In a statement, listing agent Shari Chase called the shiny new price tag “an amazing value.” 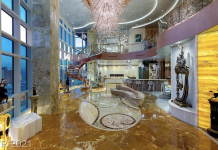 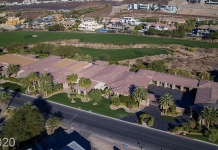 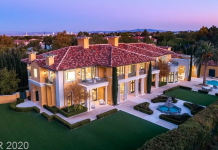 Homes of the Rich is the #1 luxury real estate blog on the web. We post all the latest million dollar homes & mansions to hit the market from all over the world. Since 2008 over 20 million "mansion obsessed" people have visited the site
Contact us: contact@homesoftherich.net
© 2021 Homes of the Rich - All Rights Reserved
5
SHARES
FacebookTwitterPinterestReddit