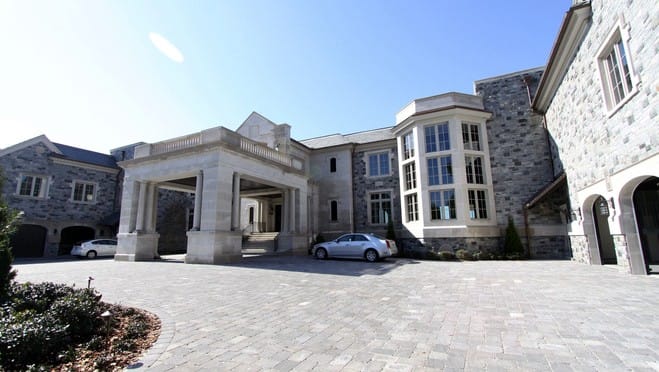 Derek Jeter’s 30,875 square foot mega mansion, which is located on Davis Islands in Tampa, FL, has finally been completed after over a year of construction. The house boasts seven bedrooms, nine bathrooms, two three-car garages, an entertainment room, a billiard room and a memorabilia room.

After more than a year in the making, the House That Derek Jeter Built, the biggest home in Hillsborough County, is finished.

On Wednesday, Tampa’s building department issued a certificate of occupancy for the famed Yankee shortstop who calls Tampa his permanent home.

The $7.7 million house dwarfs surrounding homes on Bahama Circle in Davis Islands. Construction began on the 30,000-square-foot, seven-bedroom, nine-bath mansion early last year. Jeter bought up the adjacent lots on which the home sits for $7.7 million in 2005 and 2006.

The mansion is nearly the size of a Best Buy electronics store and currently is the biggest house, square-footage-wise, in the county.

Jeter is in town this week for his charity golf tournament, but it was unknown if he’s staying at the new waterfront home or if he’s staying in his quaint $1 million home in Avila.