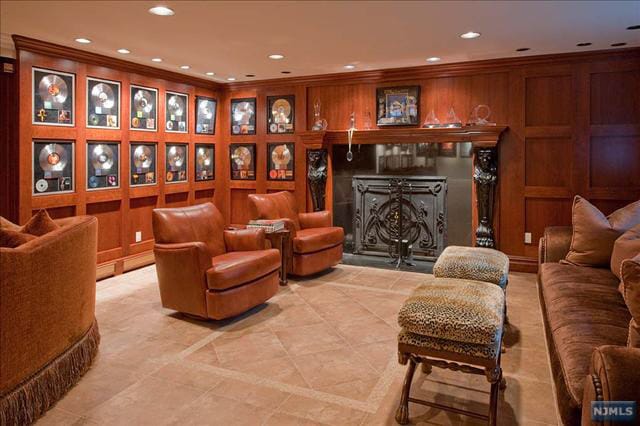 This stately brick manor is owned by Kedar Massenburg. Kedar is an American record producer and record label executive, who was the president of Motown Records from 1997 to 2004. He owns Kedar Entertainment. He is best known for bringing Erykah Badu to fame. The home was built by Seasons Development is located on Denison Drive East in Saddle River, NJ. It was completed in December of 1999 and boasts 5 bedrooms, 6 full and 2 half bathrooms, double bridal staircase, 5 fireplaces elevator, home theater, game room with bar, swimming pool with spa and cabana, 8-car garage and more. It is listed at $6,995,000.