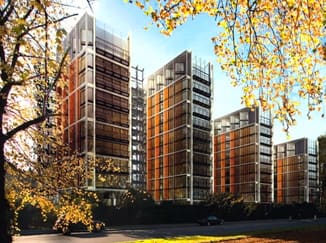 A penthouse at London’s prestigious One Hyde Park development has sold for a record breaking £140 million or $220 million. It was originally valued at £100 million. The buyer’s identity remains a secret. The six-bedrooom apartment, which has been on the market for quite some time, stretches across two floors and boasts bullet-proof windows, a panic room and views across the Serpentine. The sale price makes it the most expensive property in Britain, surpassing the £115 million ($180 million) paid for a flat at the exclusive 8 St James’s Square development in Westminster in 2008. The One Hyde Park development boasts 86 properties starting at around £20 million ($31.3 million), and is the brainchild of luxury property developers Christian and Nick Candy. I could never imagine spending that much money on a penthouse, let alone a detached home.