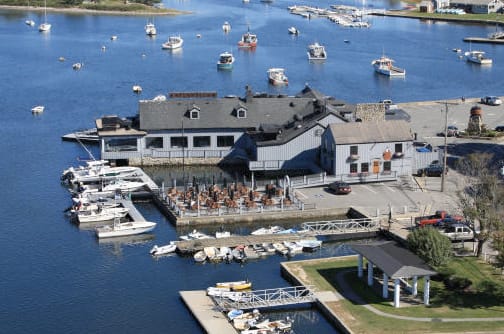 The property, which is located at 49 Margin Street in Cohasset, MA, is on the market for a staggering $55,000,000, which makes it the most expensive property for sale in the state of Massachusetts . Not only do you get a 20,000 square foot manor estate with the purchase price, but you also get the Cohasset Harbor Resort, the Atlantica and Olde Salt House restaurant complex, and last but not least, the Mill River Marina. What a package!! It’s pretty rare that you see something like this for sale. What do you guys think?

HERE ARE THE DETAILS: Via Luxist

An impressive historical property has been listed in Cohasset, Massachusetts for a really impressive price, $55 million. The property is actually four properties on Cohasset Harbor and includes not just a 20,000 square-foot mansion but also the Cohasset Harbor Resort, and the Atlantica and Olde Salt House restaurant complex as well as the Mill River Marina. The area is a popular summer destination and the resort and restaurants have been the site of many weddings.

The property once belonged to Clarence Barron who bought Dow Jones & Co. in 1902 for a mere $130,000 and is considered to be one of the key creators of modern financial journalism. After Barron died in 1928, his stepdaughter Jane Barron tore down the original home and built the 45-room brick Georgian Revival house now on the property. She and her husband inherited Mr. Barron’s stake in Dow Jones and their descendants sold the company in 2007 for $5.16 billion to News Corp. Her granddaughter lived in the house until her death in 1982.