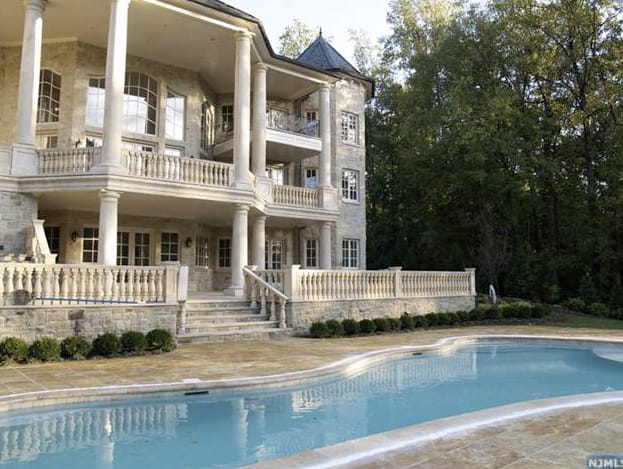 The French Chateauesque style mansion located at 5 Buckingham Drive in Alpine, NJ has been re-listed. The home, which was built by local developer Richard Stabile, was designed by renowned architect John Henry. The home first went on the market for $15,975,000 in early 2009 and then was increased to $16,500,000 in early May during the same year. The home then went down below the $16 million mark and then vanished from the MLS about a month ago. Now, it is listed at $15,900,000 with Realmart instead of Prominent Properties. I have no idea why the owner did not stick with Prominent Properties considering this is a multi-million dollar home.

If you don’t know already, the owners of the home are Marc and Rachelle Saperstein. Marc has been one of New Jersey’s leading trial attorneys for more than two decades. He co-founded Teaneck-based Davis, Saperstein & Salomon, P.C., and helped build the firm into one of the largest and most successful plaintiffs’ personal injury law firms in New Jersey.