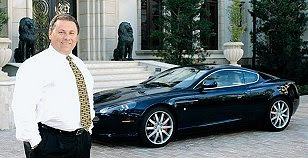 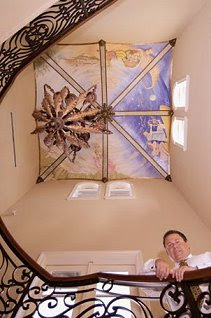 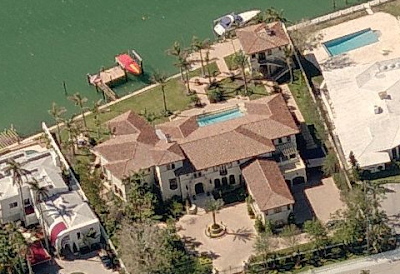 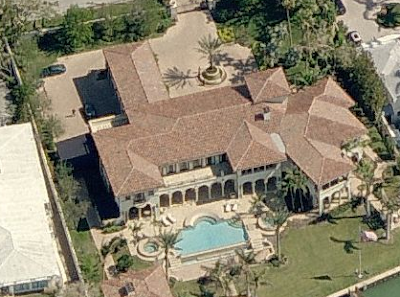 This is the home of Robert Zarco, who is a founder of Zarco Einhorn Salkowski & Brito, a law firm that specializes in helping franchises. He is an immigrant from Cuba who started his first company when he was just 7! His house is located at 5740 N Bay Road in Miami, FL. The home is valued at $23 million and consists of 13 bedrooms, 15 bathrooms, and over 18,000 square feet of living space. The home also has 2 outside kitchens, a swimming pool with 2 spas, a circular staircase with hand painted mural that cost $50,000, a $40,000 crystal chandelier, and a home theater. Robert is worth an estimated $50 million, which is a far cry from where he started from. He was recently featured on How’d You Get So Rich starring Joan Rivers on TV Land. Robert’s wife stated in the show that she spends hundreds of thousands of dollars on shoes!!
CLICK HERE FOR THE ARTICLE