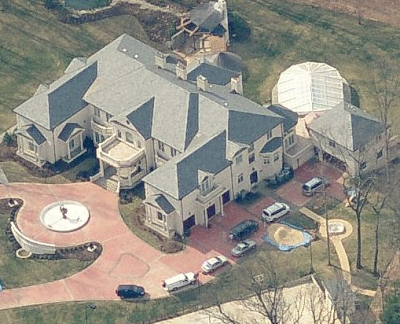 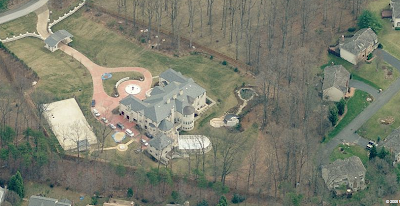 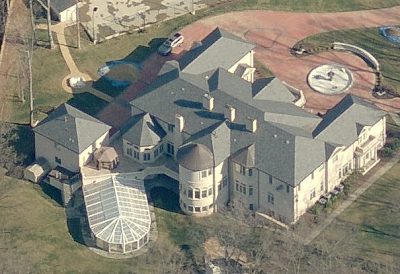 This is the former mansion of Indian mortgage broker and entertainment mogul Vijay K. Taneja. The home is located on Summit Drive in Fairfax, VA. It contains 25,000 square feet of living space and includes an indoor swimming pool, an indoor racquetball court, a gold-leaf prayer room, a home theater, and a tennis court. Vijay built the home in 2005. While living in the house, he was also executing an elaborate mortgage fraud scheme — defrauding four U.S. banks of millions — while continuing his global investments. Investigators are still trying to untangle the financial web. He pleaded guilty November 2008 to bilking banks of at least $33 million and victimizing associates from the Indian community with phony home loans. The mansion was auctioned off and the highest bid went to Egyptian businessman Ali Hafez who paid $3.875, which I think is practically a steal. The bidding started at $2.8 million.
NOW……Take a look at this mansion, which I just did a post on yesterday, and tell me if you see anything.
YES, THEY ARE ALMOST EXACTLY THE SAME.
This house has only 21,500 square feet, but you can see that every detail, from the columns, to the two symmetrical wings, that they are the same. I wonder which company built them. Probably Niroo Mansions. 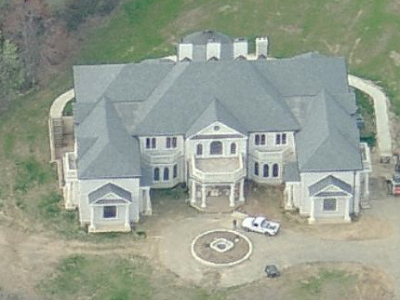 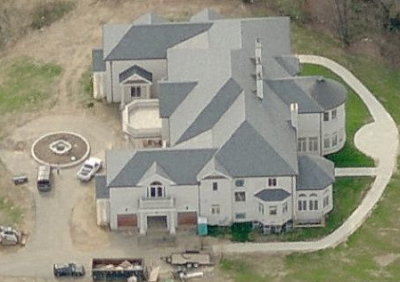