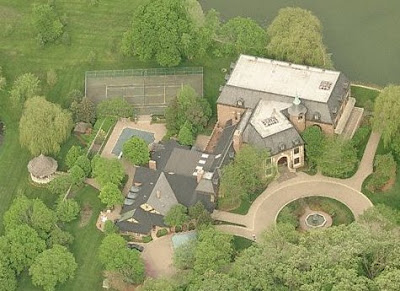 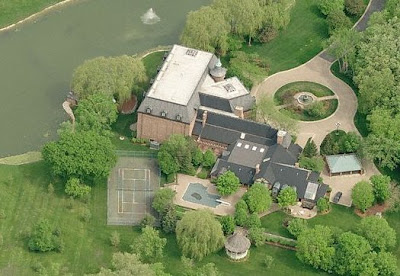 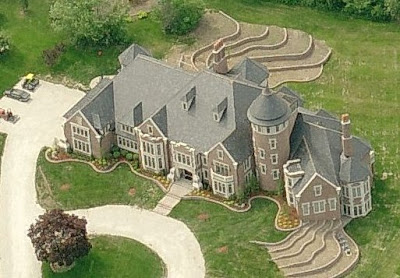 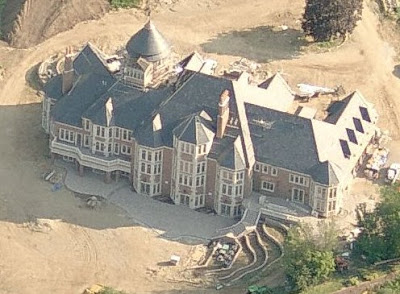 This is the home of Jasper and Marian Sanfilippo. Jasper is the founder of John B. Sanfilippo & Son, Inc. The company is one of the largest processors, manufacturers, and distributors in the world dedicated primarily to edible nuts. The house sits on 57 acres bordering a stream with a house that was originally built in 1974 at 6,000 sq. ft.They added a 1,700 sq. ft. music room, but in the late ’80’s a decision was made to add a huge music room addition on and one that would have room for a balcony and a new pipe organ of 5 manuals and 80 ranks. A WurliTzer! The new wing was completed in the French Empire style in 1992 and brings the square footage to 44,000.The house is called, “Place de la Musique”.