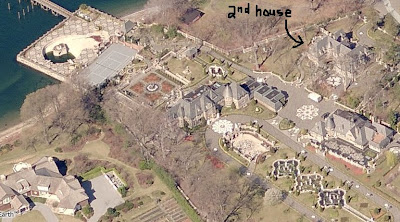 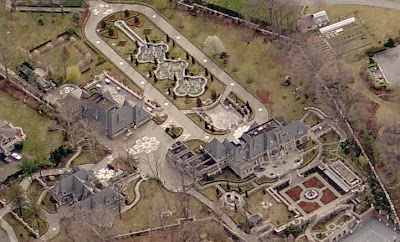 This is the home of billionaire real estate investor Tamir Sapir. It is located on Pond Road in Kings Point, NY. It consists of a main house, what appears to be a large guest house/entertainment space, and another house that is probably for family. The entire compound totals 56,000 square feet of living space. The home also has a long oval shaped driveway with a dramatic water fountain feature. There is also a formal garden, boat dock, and a swimming pool located on the property. Tamir was on the Forbe’s 400 Richest Americans list of september 2008 at number 246 with a net worth of 1.9 billion dollars. He was once a cab drive until he started investing in New York real estate in the 1990’s. By 2002, he became a billionaire. Tamir owns the Duke Semans mansion in New York that he purchased for a record $40 million in 2006.