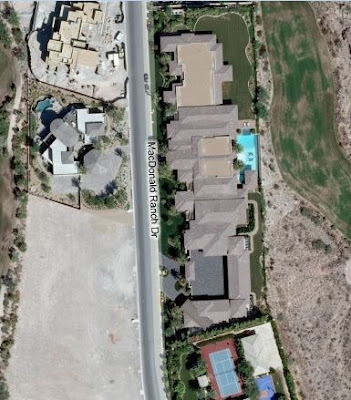 1198 Macdonald Ranch Drive in Henderson, Nevada. The home measures in at 23,554 square feet and contains 6 bedrooms and 8 bathrooms. The home belongs to Betty Foster Garrett. The home had annual property tax of $96,722.82 in 2007, which was the highest in the city of Henderson. 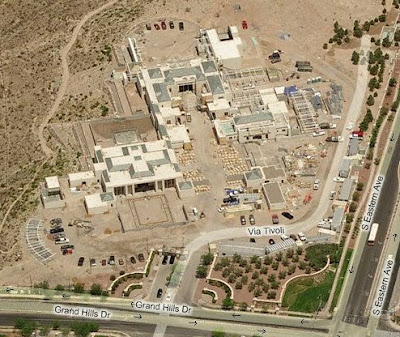 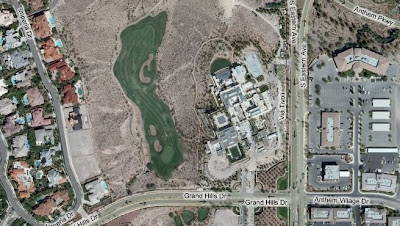 This extremely large 2-story mega-mansion is under construction on 1299 Via Tivoli in Henderson, Nevada. The mansion contains 48,438 square feet of living space. It also has 31 bedrooms and 25.5 bathrooms. The 2007 property tax was $47,164.28, which was the 15th highest in Henderson.