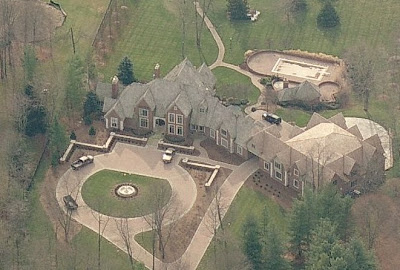 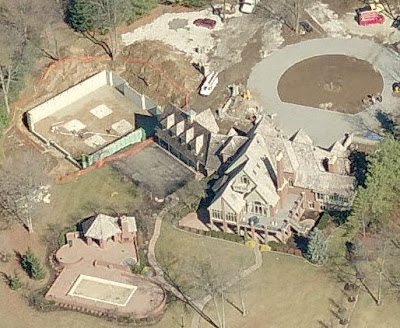 This is the home of Tim Durham. It is located on E 113th Street in Indianapolis, Indiana.Tim Durham is a 45 year old financier from Indiana and heads up Obsidian Enterprises. Durham made his millions from leveraged buyouts and turn-arounds. His net worth is over $75 million. This mega-mansion is over 30,000 square feet and contains a massive attached garage that can fit up to 70 of Tim’s luxurious cars.

This is Scott Jones’ two-story 20-seat High-Tech home theater. It contains a 16 by 9 foot screen. The estimated cost for this is an astounding $650,000. 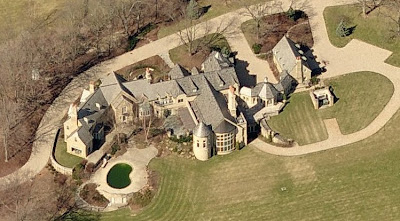 This is the home of Scott A. Jones. The 53-acre estate is located on W 116th Street in Carmel, Indiana. The 27,000 square foot mega-mansion is a High-Tech paradise. It took 7 years and $20 million to renovate the mansion.The home features a 33-foot-high great room, an indoor tree house, a circular mahogany slide connecting two floors, a 25-foot-long saltwater aquarium, two waterfalls in the master bathroom, a separate indoor basketball court, and a full-scale cast of a T. rex skull. Jones’s vintage technology collection includes a Victrola, a metal diving helmet, and a one-cylinder Brush automobile, which predates the Model T. The whole place is kept spotless and humming by a staff of 15, including two IT directors.The Jones residence also includes a dining room with the original leaded-glass windows and a fireplace, a huge breakfast room that doubles as a second dining room, a state-of-the-art kitchen, seven (7) bedrooms, seven (7) full bathrooms, seven (7) half baths, one dog shower, a custom-designed swimming pool, a lush waterfall on a hill on the front lawn, and a spectacularly lit fountain just in front of the house. Future plans include the replacement of the current kidney-shaped swimming pool with a larger indoor/outdoor pool incorporated into a pool house with a fitness center and Japanese Ryokan. The proposed design includes disappearing walls. Scott’s home was named America’s Best Home by HGTV.

Scott Jones is an American inventor and entrepreneur. He is widely known for inventing voicemail systems. His latest venture is known as ChaCha Search Inc, which is a human-assisted search engine. 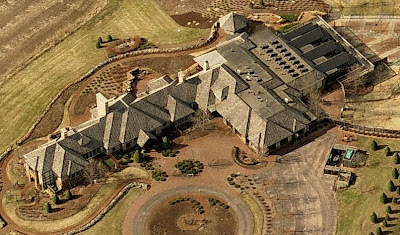 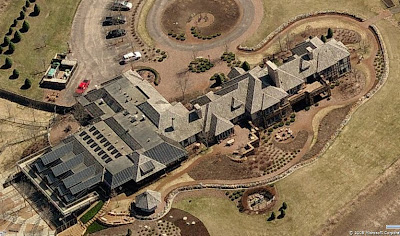 This is the former home of David Koch. It is located on Homestead Trail in Medina, Minnesota. David Koch is an American billionaire businessman. He is one of the co-owners (with older brother Charles) and an executive vice president of Koch Industries, a conglomerate with major oil and gas holdings that is the largest privately held company in the United States. He lives in New York City and is its second-wealthiest resident after Mayor Michael Bloomberg.