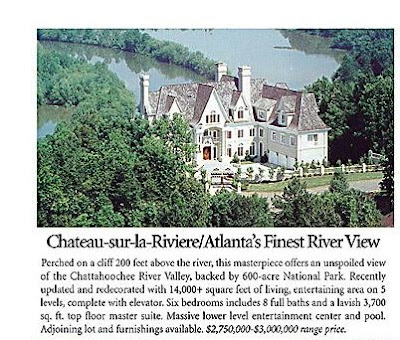 This is currently the mansion of Russell and Kimora Lee Simmons. It is on the market for around $19.8 million since their divorce. The home was first published in the March 2001 issue of Dupont Registry when the former owner, clothing mogul, Arnold Simon put it up for sale.

This is the home of David Siegel, the timeshare mogul. It is located on Green Island Cove Road in Windermere, Florida. This home was featured in the March 2001 publication of Dupont Registry and was listed for $14,400,000, before David bought it. David still owns this home, but he is building a 90,000 square foot mega-mansion down the road.