This mega-mansion is located at 51 Winding Brook Road in Saratoga Springs, NY. It is owned by John Breyo who was chairman, president and chief executive officer of Ayco Company LP. This home has a staggering 61,000 square feet, of which 42,016 of that is actual living space. Breyo built the home for $4.1 million and now the property is assessed at $24,003,660. The first floor of the residence has 21,000 square feet, the second has 12,715 square feet, and the basement boasts 8,301 square feet not including storage space and mechanical rooms.

This mega-mansion is owned by Arnold chase and is the largest residence in the state of Connecticut. It is located just off Albany Avenue in West Hartford. The mansion has 50,900 square feet of living space of which only 17,000 square feet of that is visible from the ground up. This home is an entertainment lover’s paradise. It has a two-level 33,500 square foot basement complex which includes a 103 seat home theater with tick booth and concession stand and a music annex. There is also a 4,900 square foot game room in the 1st floor of the basement. Other amenities in the mansion include a soda fountain, men’s and women’s bathrooms, a 400 square observatory, 5 bedrooms and8 full and 5 half baths. 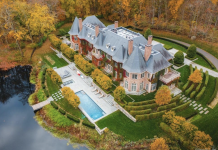 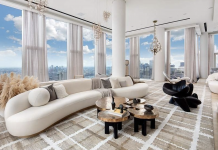 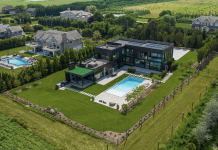