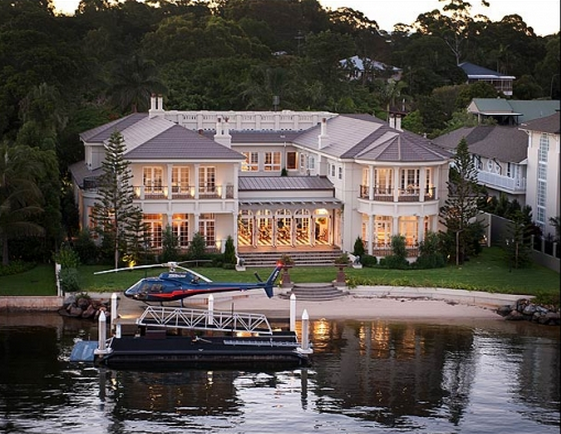 This European style riverfront mansion, dubbed Alston, is located at 5 McMillan Court in Southport, Queensland, Australia. Built in 2010, the home was first put on the market in July of  last year with an asking price of $22 million. It was built by bankrupt developer Graham Spottiswood and wife Suzanne. The land was bought from Split Cycle engine inventor, the late Rick Mayne, for $2.35 million in 1998. It will be auctioned off on January 27 by John Natoli and James Ledgerwood (of McGrath Broadbeach) and is expected to fetch around $10 million or half its original asking price.

Homes of the Rich is the #1 luxury real estate blog on the web. We post all the latest million dollar homes & mansions to hit the market from all over the world. Since 2008 over 20 million "mansion obsessed" people have visited the site
Contact us: contact@homesoftherich.net
© 2019 Homes of the Rich - All Rights Reserved
19
SHARES
FacebookTwitterPinterestReddit