New Jersey’s infamous and MASSIVE Blairsden estate is now under contract! The 62,000 square foot historic estate is located at 30 Blair Drive in Peapack-Gladstone, NJ. Set high atop the Bernardsville mountains on 34 acres of land, this Louis XIII style mansion was originally owned by the banker/railroad magnate/stock exchange tycoon Clinton Ledyard Blair. It was designed by Carrere and Hastings Architects and construction began in 1898 and was completed in 1903. In February 1949, Clinton died at the age of 82. The following year Blairsden and 50 acres of property were sold for an estimated $65,000 to the Sisters of St. John the Baptist. The Sisters then sold it for $5 million a few years later. It appeared on the market last year with an insanely cheap asking price of just $4,900,000. We do not know how much it sold for yet, but if it sold at or near the listing price then whoever bought it got quite the deal! 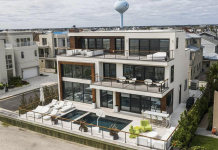 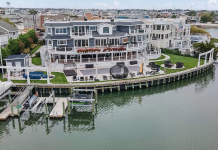 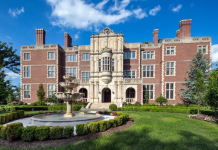 Homes of the Rich is the #1 luxury real estate blog on the web. We post all the latest million dollar homes & mansions to hit the market from all over the world. Since 2008 over 20 million "mansion obsessed" people have visited the site
Contact us: contact@homesoftherich.net
© 2019 Homes of the Rich - All Rights Reserved
94
SHARES
FacebookTwitterPinterestReddit