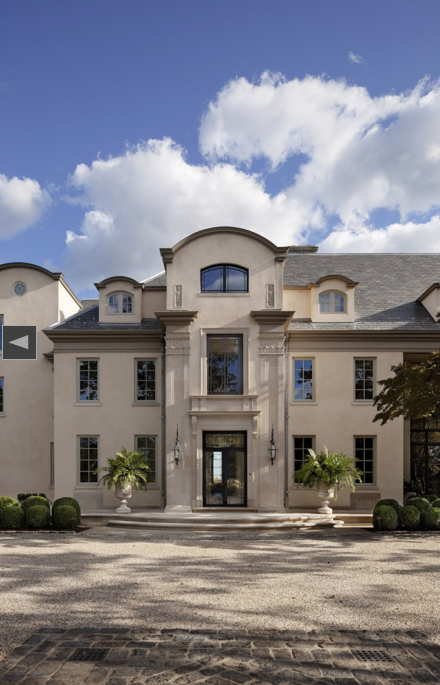 This gorgeous estate, dubbed the Villa Maria Estate, is located at 615 Montauk Highway in Water Mill, NY and is situated on 15 waterfront acres. Built as a private residence in 1887, the  illa itself was extensively remodelled by Brooklyn-based architect Frank Freeman in 1919. It later became a convent and spirituality center, before recently becoming a private residence once again. The building is considered a Long Island Landmak. It was bought by Nine West shoe manufacturer founder Vincent Camuto and his wife Louise for $35 million in October of 2005. They had Andre Tchelistcheff Architects remodel the home.

Villa Maria is an eclectic-style building, incorporating elements of Beaux-Arts, Neoclassical and Colonial Revival design that sits on nearly 15 acres of land. It has been described as having “an arresting asymmetrical facade and complex roof lines breaking out into a profusion of windows and dormers”. The main entrance is dominated by a grand Colonial-style portico, supported on four tall columns which rise to the height of the second floor. The walls are finished in stucco that looks like limestone.

The interior features a “huge” rotunda, rising to a dome-capped ceiling. The 27,000 square footbuilding includes 9 bedrooms, 13 bathrooms, a ballroom and institutional kitchen. The ballroom is now a grand living room. The original teak floor from the first renovation in 1905 is still in the living room. Its wide beams are connected by bow tie construction so the entire floor is held together without a nail. The floor was taken from one of the ships in Edward In addition to the main building, the estate also includes three cottages. The estate, which is set between Mill Creek and Mecox Bay, includes 1,100 feet (340 m) of waterfront. The villa in its entirety has been described as a “stunning sight” and is said to be “perhaps Water Mill’s best-known landmark.” 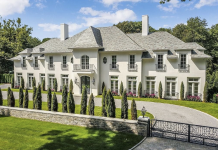 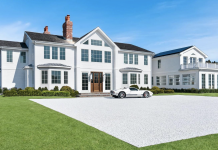 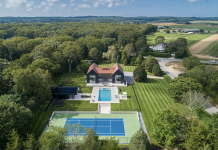 Homes of the Rich is the #1 luxury real estate blog on the web. We post all the latest million dollar homes & mansions to hit the market from all over the world. Since 2008 over 20 million "mansion obsessed" people have visited the site
Contact us: contact@homesoftherich.net
© 2019 Homes of the Rich - All Rights Reserved
14
SHARES
FacebookTwitterPinterestReddit