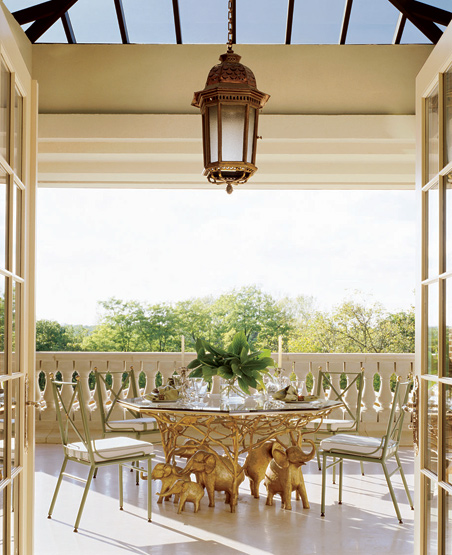 This grand Georgian Revival mega mansion is located on N Parkview Avenue in Columbus, OH. It was designed 19 years ago by Geoffrey Bradfield for a businessman, his wife and their three young sons. It was then beautifully expanded and renovated upon in 2006.

The house had low ceilings, conventional hardwood floors and rooms of moderate proportions. As the boys grew into young adults, the couple continued to build their collections of 19th- and 20th-century art (increasing them in both quantity and distinction) and began to devote more of their time to philanthropy. They required more wall space for the art and more floor space for entertaining.

“I always wanted them to have a gallery for their collections,” Bradfield says. He started to seek out rare furniture for the prospective gallery when the architectural plans were still in the drawing-board stage.

The house was eventually expanded to 30,000 square feet, with marble and parquetry floors, ceilings that soar as high as 24 feet, and not just one gallery but three—including an entrance gallery with paintings by Monet and Dubuffet, and sculptures by Degas and Botero.

Don Goldstein, an architect based in Los Angeles, made the façade of the original asymmetrical 1917 Georgian Revival house more symmetrical by adding to its left side. “That gave it a more classical Georgian look and accommodated another art gallery,” he says. The house was also opened up in the back so that a great room could be added, and, above it, a master suite. Perpendicular to the dining room, where the original house ended, are the third gallery and a covered terrace. 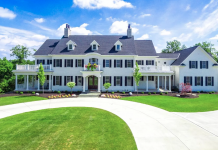 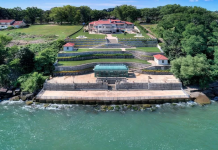 Custom Home In Ohio On 15 Acres With Pond

Homes of the Rich is the #1 luxury real estate blog on the web. We post all the latest million dollar homes & mansions to hit the market from all over the world. Since 2008 over 20 million "mansion obsessed" people have visited the site
Contact us: contact@homesoftherich.net
© 2019 Homes of the Rich - All Rights Reserved
1
SHARES
FacebookTwitterPinterestReddit