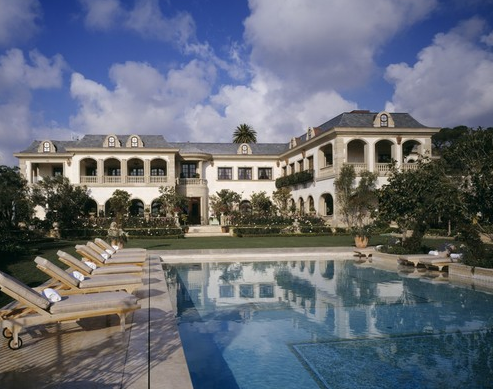 Its been reported that real estate developer Mohamed Hadid’s Beverly Hills mega-mansion has been sold to an unknown Indonesian buyer. The home was first listed back in 2009 for a staggering $85 million. It was then reduced to $72 million. It then disappeared off the market and reappeared on February 11th, 2010 with the same asking price of $72 million. The home is said to have been sold for around $50,000,000, which is actually $9 million less than what it cost Mohamed to build it. If the deal goes through, this would be the highest real estate sale in the new year beating out the  $46,500,000 paid for Bootjack Ranch by Texas energy executive Kelcy Warren. Le Belvedere, as it’s known as, is located on Nimes Road in Bel Air, CA. It boasts approximately 48,000 square feet of grand living space with 10 bedrooms, 14.5 bathrooms, 19 fireplaces, a sweeping imported wood staircase with beautiful ornate molding, a grand reception room, formal living and dining rooms, a family room with a wet bar, a music room, a library, an elevator, a lovely gourmet kitchen with imported wood cabinets and large center island, a study, and a staff bedroom. The lower level is perfect for grand scale entertaining. It contains a 5,000 bottle wine cellar, a grand ballroom that can seat up to 250 people, a commercial kitchen, a Moroccan inspired home theater, a gym, a Moroccan room , a Turkish hammam, and a game room. The grounds of this massive estate has staff quarters over the garage, two limousine garages, a swan pond, formal gardens, a 70ft long infinity pool, a 12-person spa, an alfresco dining area, an outdoor kitchen with pizza oven, fireplaces, and a large courtyard that can accommodate up to 100 people. Talk about luck!! The home was on the market for less than 2 years and has already sold! 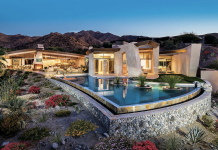 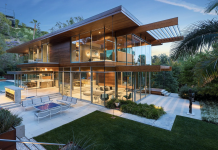 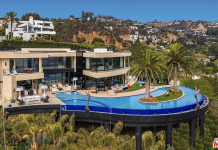