Dubbed “The Manor,” the house has 123 rooms and four two-car garages. The six-acre estate houses four bars, three kitchens, a theater, a gymnasium, an Olympic-size swimming pool, a doll museum, a separate servants’ wing, a 6,000-sq.-ft. guest house, tennis courts, a bowling alley, an indoor ice skating rink, a gazebo, a greenhouse, 12 fountains, six formal gardens and a room just for wrapping gifts. With all those rooms, you could be lost for days. It is currently the largest single family dwelling in California. This home was recently rumored to be on the market for a staggering $150 million. 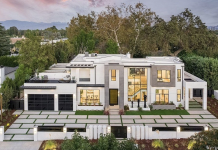 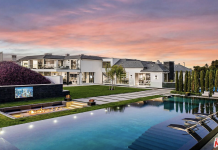 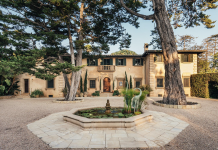